“He’s a rockstar in every sense of the word… He’s not in the flow. He is the flow,” Toronto Raptors leader Fred VanVleet said of Gary Trent Jr. after scoring 33 points in a comeback win over the Miami Heat on Tuesday night.

Trent is amidst the hottest stretch of his career, eclipsing the 30-point mark for the fifth consecutive game as the Raptors have won four of their last five.

That streak of 30-point games has placed Trent alongside some great company in the NBA this season, in Raptors franchise history and in NBA history, as a whole.

For more on Trent’s blazing hot streak, take a look at some stats to know below.

By The Numbers: Gary Trent Jr. is making history with his hot streak

Five games with five or more 3s: Most in Raptors franchise history

Trent has been a marksman from 3-point range.

The 22-year-old guard has buried at least five 3-pointers in his last five games, breaking Kyle Lowry’s record for the longest streak in Raptors franchise history (4).

Trent has tallied 31 (!) made 3s over his last five games, converting at a blistering clip of 51.7 percent from beyond the arc. His shot chart over that span is a thing of beauty.

After the win over Miami, the Raptors sharpshooter expressed his interest in competing in the 3-Point Contest at All-Star Weekend and with perimeter shooting like this, it would be a mistake to leave him out. 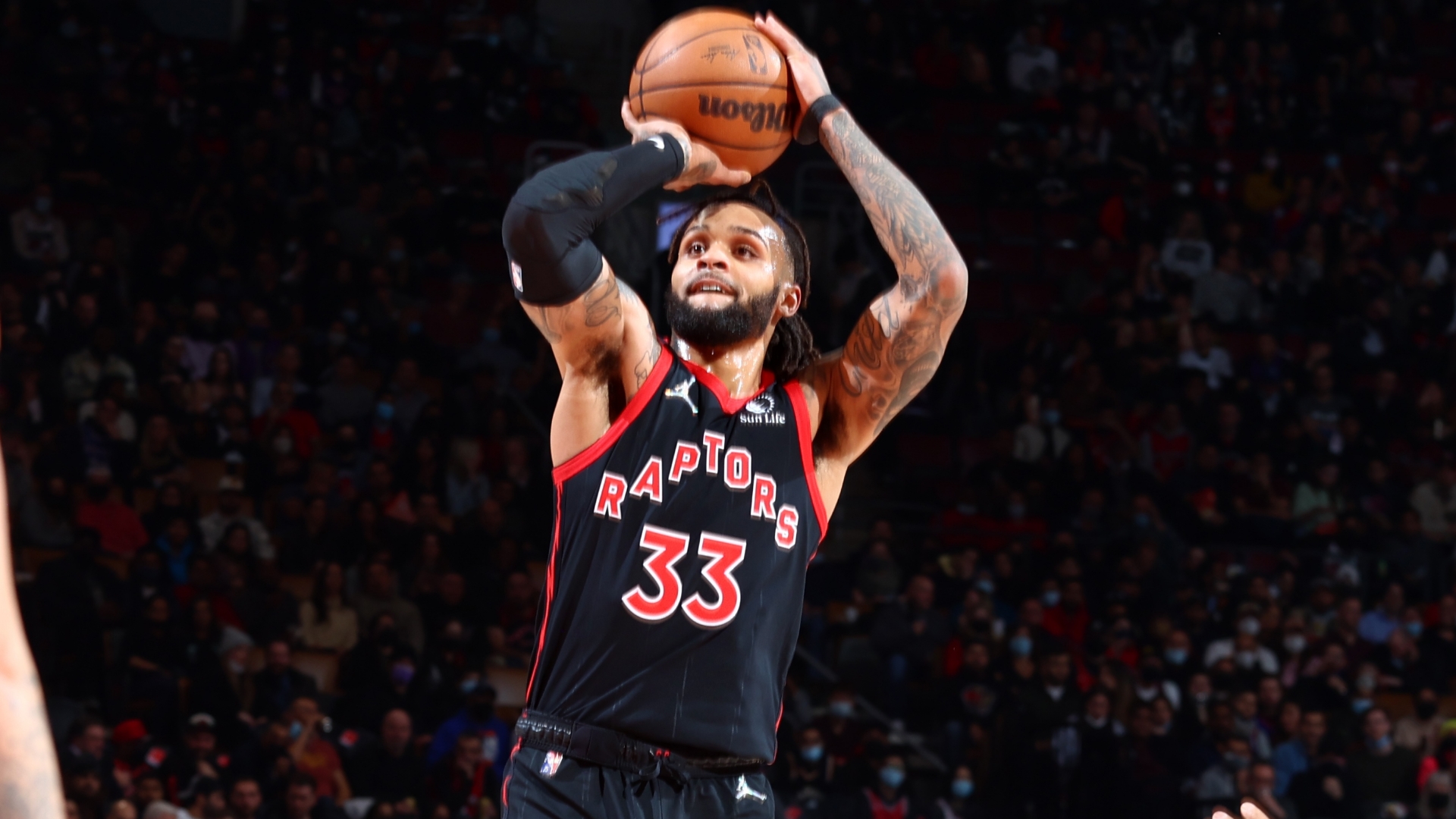 With his fifth consecutive 30-point game, Trent has tied DeRozan for the longest 30-point streak in Raptors franchise history.

His remarkable scoring run also places him in superstar company this year, joining Joel Embiid, LeBron James, Giannis Antetokounmpo, Kevin Durant, Trae Young and Ja Morant as the only players in the NBA to score 30-plus points in five-straight games during the 2021-22 season so far.

This might just be the most impressive stat of them all.

With five consecutive games of 30-plus points and five-plus 3-pointers made, Trent has joined an exclusive group of three of the most prolific shooters and scorers in NBA history.

Players in NBA history with 30+ points and 5+ threes in 5 straight games:

Trent, Stephen Curry, James Harden and Damian Lillard. That’s it. That’s the full list of players to achieve that feat.

Gary Trent Jr. is scorching hot and he doesn’t appear to be cooling off any time soon.

The views on this page do not necessarily represent the views of the NBA or its clubs.

Anthony is the author of the Science & Technology section of ANH.

A Kansas City man who participated in 2021′s riot at the U.S. Capitol was sentenced Wednesday to home detention and probation. Carey Jon Walden was…

No changes coming to US nuclear posture after Russian threat

That was some fiendish Atlético Madrid treachery

With the help of Calvin Ridley, Russell Wilson, and Aaron Rodgers the NFL is hijacking the start of March Madness from college basketball

Photo: AP The NFL has no chill. Even in the offseason, a league that owns an entire day (Sunday) and dominates weeknights like Monday and…

‘I Married the War’: Wives of combat veterans speak out